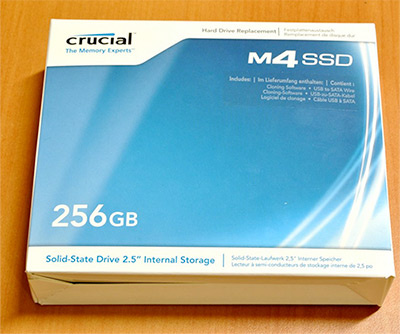 My 2008 Mac Mini runs a Crucial M4 256GB SSD. This SSD is excellent and has been running perfectly since I bought it. But one day suddenly began to hang the computer, always when there was a disk access, and approximately every hour. At first time I thought it was a virus, but the Mac never had one of these. But I found it was a bug on the disc.

Apparently, Crucial M4 SSDs when they have about 5000 hours of use, suffer from what is known in the Internet forums as the Hourly Beachball, so called because every hour, the mouse cursor shows the typical multicolored ball spinning, the waiting cursor for the Mac, and the computer hangs completely. You just have to reset and start the computer, it seems that nothing has happened until it hangs up again in the next hour.

This bug is fixed with a SSD firmware update, a task that is pretty scary for what might happen.
The problem is that to update the firmware of these drives is not easy on a Mac, because the installation file is an "ISO". If you have CD / DVD drive, you can make a bootable disk and go on. But I think it is easier to do via USB stick. The steps are described in this post:

The idea is to create a bootable USB stick with rEFIt Syslinux and then copy on it the contents of the "ISO".

Following these steps, everything goes right. Just a clarification: In the step 6, the command

can give a permissions problem, then just write "sudo" at the beginning of the command.

If anyone reads this and has any trouble when updating the firmware, can write me and I will help, because discarding a SSD drive just by a firmware problem is not acceptable.