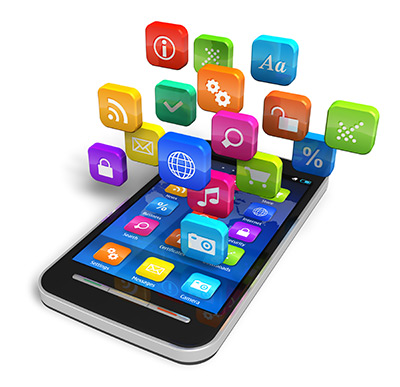 There are two types of app developments, which are hybrid and native.

A hybrid app is an app developed in a framework based on Javascript / Typescript, such as Angular or others ... Therefore it uses html, css, etc., as a web development. But it also uses an interface, such as Phonegap, which enables the publication of the app in the stores, and gives it a "native" access to all the hardware elements of the phone: camera, address book, accelerometer, etc...

These are apps developed with the native environment corresponding to each platform (xCode on iOS, Android Studio on Android, etc.). These are apps that take full advantage of the capacity and speed of the mobile device.

When we are developing an app, we must not forget that in addition to the app itself, we must develop communication scripts between the app and the database (webservices, API Rest), and even if we do not have one, you must also develop an admin panel to manage the data that the app will use.
All these can be replaced by third-party services such as Firebase, although most are paid.

This feature is the most demanded and also the most typical in mobile apps. Firebase is implemented in a very simple way, and if something more professional is required, One Signal can be used, which provides an excellent management environment for testing, campaigns, etc ...

To see my rates on this type of project, go to the rates page.