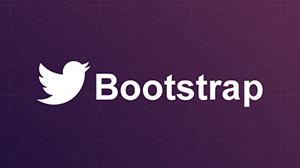 After using the famous framework Bootstrap 3 for many sites, including this one you are reading, despite it has lots of features, i miss several things, such as:

In the Bootstrap 3 grid system, the smallest media query is "xs" which goes from 0 to 768px. It is a big gap for me, especially considering that the next one, the "sm”, goes to 992px.

Many users think alike, so one of them has released a new media query called "ms" (bootstrap_ms), ranging from 480px to 767px, you can see here at SASS version:

or CSS version ready to use:

Regarding mobile devices, it is impossible to collect the widths of thousands of them out there, if for example the grid system gaps do not include the width of any particular device, it is easy to make the change, just write the  specific media query for that device. For example in the case of the iPad:

In frameworks like Skeleton you have the parameters "alpha" and "omega" to remove the padding of columns at left or right. Bootstrap does not have this, but may be included as follows:

Bootstrap has a collection of seamlessly integrated Javascript components, but I still miss, by example, a stylized combobox like this: